The Story of Bellerby & Co.

After a fruitless search for a globe for my father’s 80th birthday present, I set about making one myself.

The original plan was to make just two, one each. Expecting the whole thing to take three, maybe four months and cost a few thousand pounds; after all how difficult can it be to make a ball and put a map on it? It ended up taking two years all my savings and more… 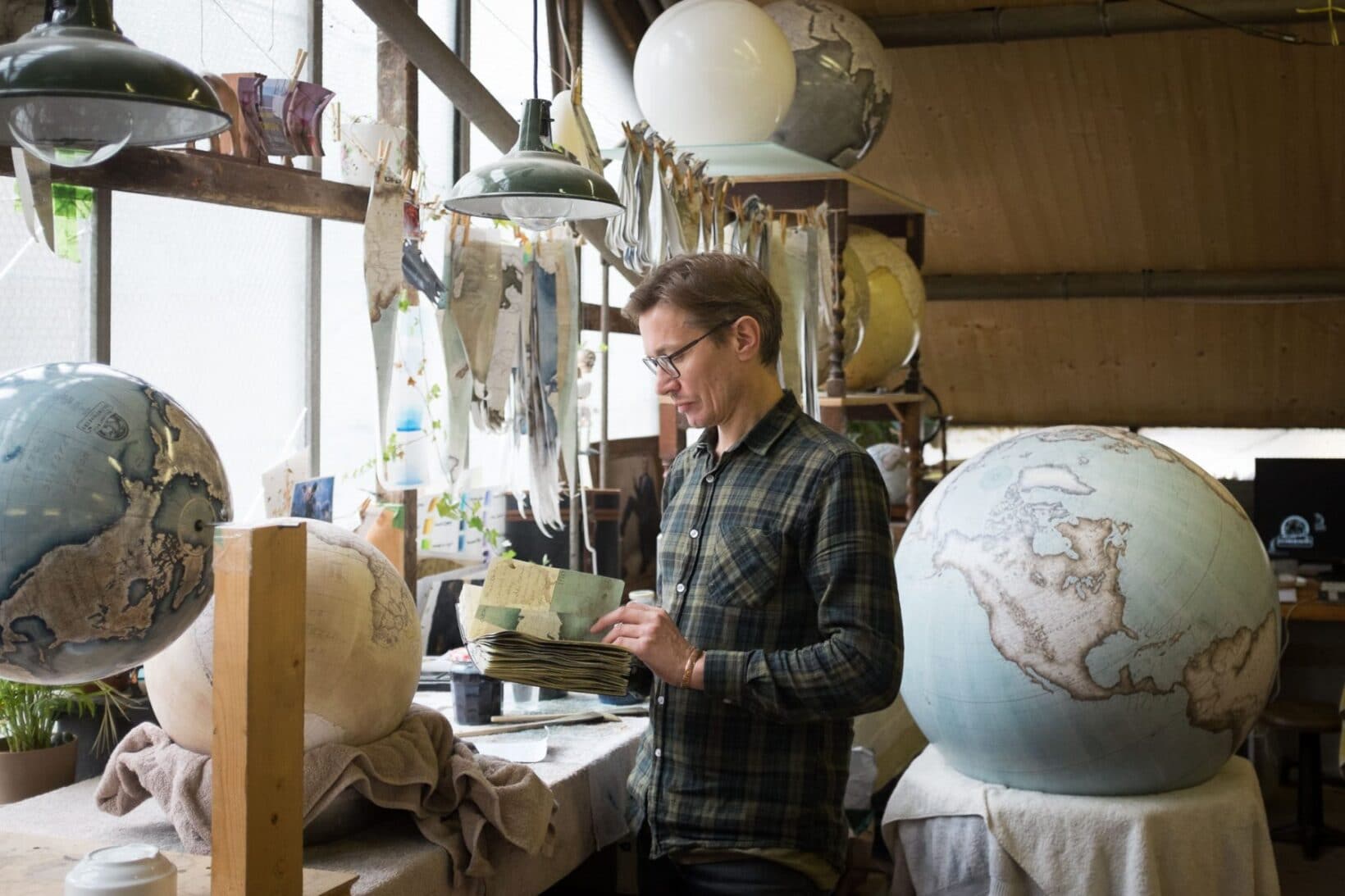 I asked a friend to write the programme to morph a rectangular map into ‘gores’- the triangular shapes that fit onto a sphere. I offered him a globe as a bribe. Even better his job was far from taxing so a month, two at most. Three days later he was re-assigned to Kabul (with a bodyguard and Uzi as company). It took him over a year to complete. 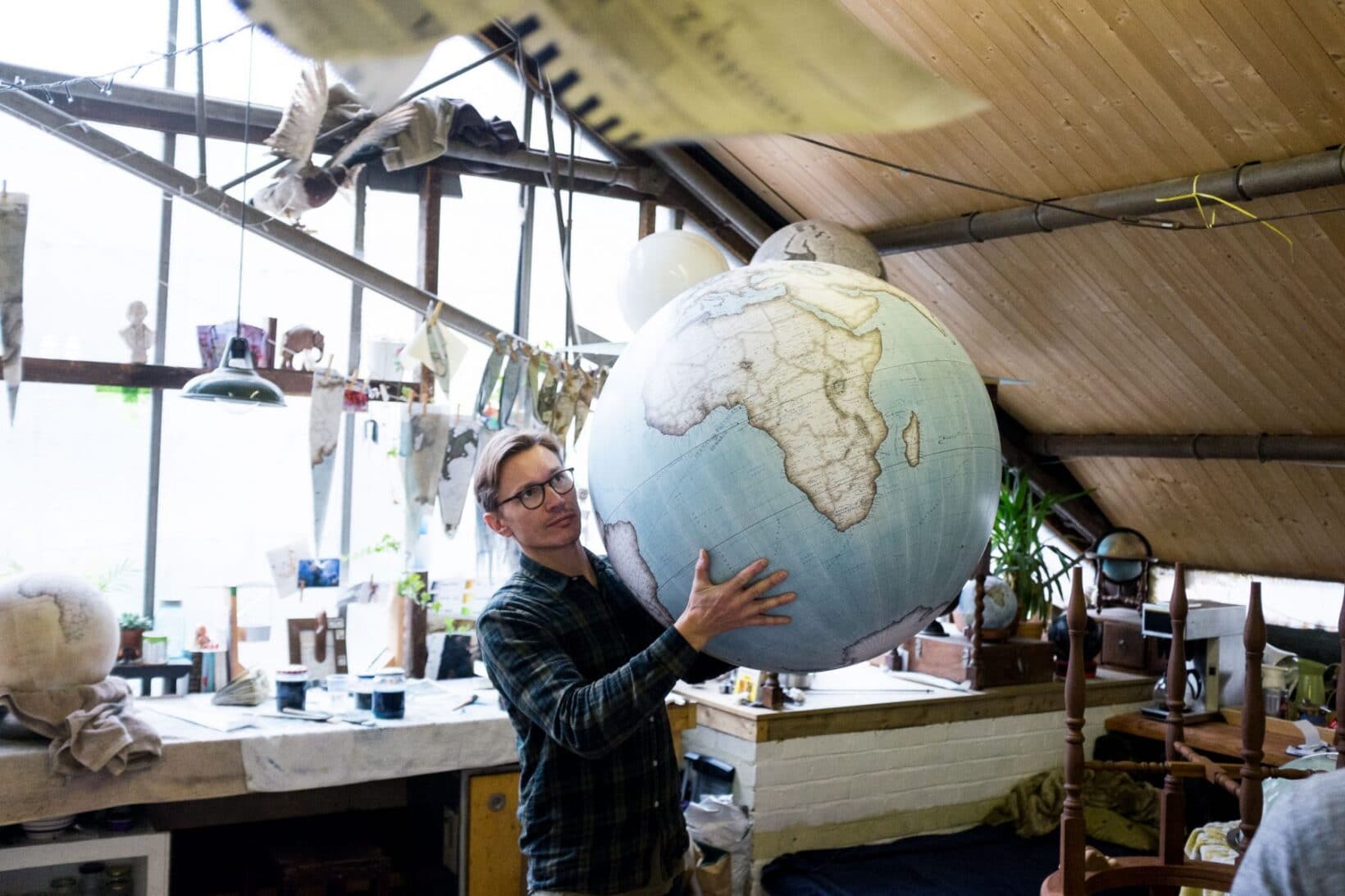 Then make a sphere. I thought … at least I can rely on a precision manufacturer to make a perfect mould. This was the beginning of my introduction to the world of tolerance, in both the manufacturing and emotional sense. I found several companies prepared to make a 50cm sphere mould, but the moulds were neither round, often had plateaus on and were far from accurate, 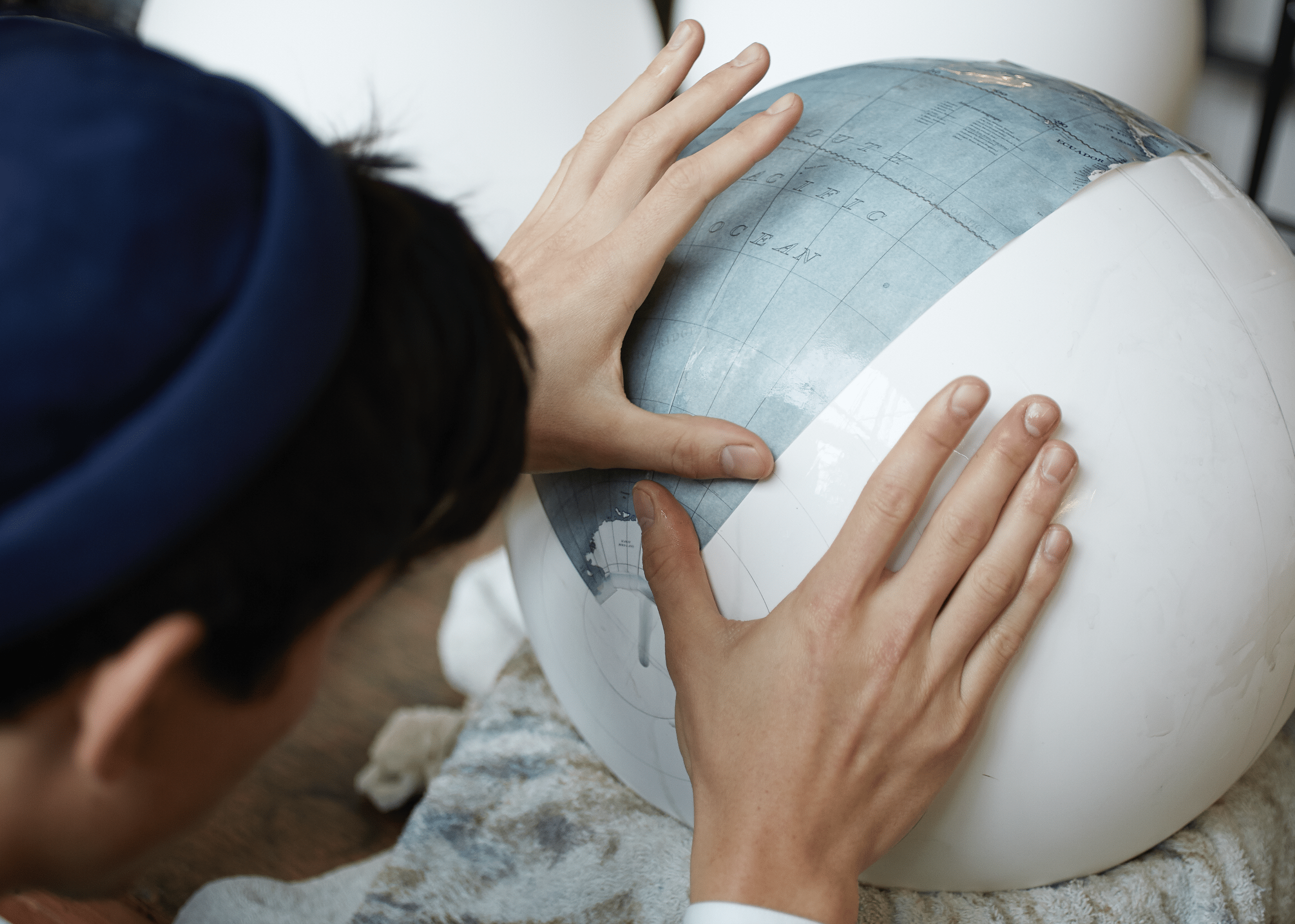 In the end I relied on Formula 1 fabricators to make our spherical moulds. The reason being that if you can imagine sticking 24 pieces of map on a sphere and each one is 0.1mm too small you have a 2.4 mm gap to contend with. They have to be accurate.

Other things I never thought I would need to learn. How for instance do you balance a ball so that when it spins it comes naturally to rest rather than swinging drunkenly like a weighted ping pong ball? And later on… how do you get a ball you’ve balanced with lead weights through customs? You would have thought that if customs detected heavy metal, that they might possibly use a geiger counter rather than a hammer to establish the contents?

Goring the globe (applying the map) was something that took eighteen months to perfect. The difficultly I had was that none of the existing globemakers were producing anything close to perfect globes. Latitude lines that don’t match seemed to be the norm. There are makers many a Dictator would be proud of, who overlap gores to the extent that they wipe out entire countries. There are even some (well known) commercial makers who in order to prevent the paper ridging cut out little triangles own the edge of the gores. Who was responsible for allowing that to happen? Some makers even have latitude lines that look like they have been drawn with a ruler after the map has been pasted on they are so straight. There just seemed little point in spending two years researching a project only to produce a poor quality finish.

In the past few years our globes have been used in Hollywood movies and for TV productions worldwide. We have also been able to work with several renowned artists. but more importantly our globes are enjoyed by many customers around the world.

The comments on our testimonials page are entirely unsolicited and are a source of great pride.

Now we have a small team of highly trained Globemakers, painters, woodworkers and cartographers, all leaders in their field. Together we create the hand made globes that Bellerby & Co. has come to be recognised for. It is born from a belief that we never compromise. From the wooden and metal bases, to the artwork, the painting and map-making, each piece is expertly crafted using traditional and modern globe-making techniques, and is lovingly produced in our North London studio; each piece is an individual model of style and grandeur and our globes are works of art in their own right. Even better artwork you can interact with.

The collection is ever increasing, with the popular mini desk globe that spins 360 degrees in a fluid motion by hand being our favourite. > Watch a video here <

Check out the video section for a glimpse into our London studio and the press section to see recent interviews.

For any further information on our products do not hesitate to call our office or send an email. [email protected]
And for a glimpse into daily life in the studio check out our instagram. 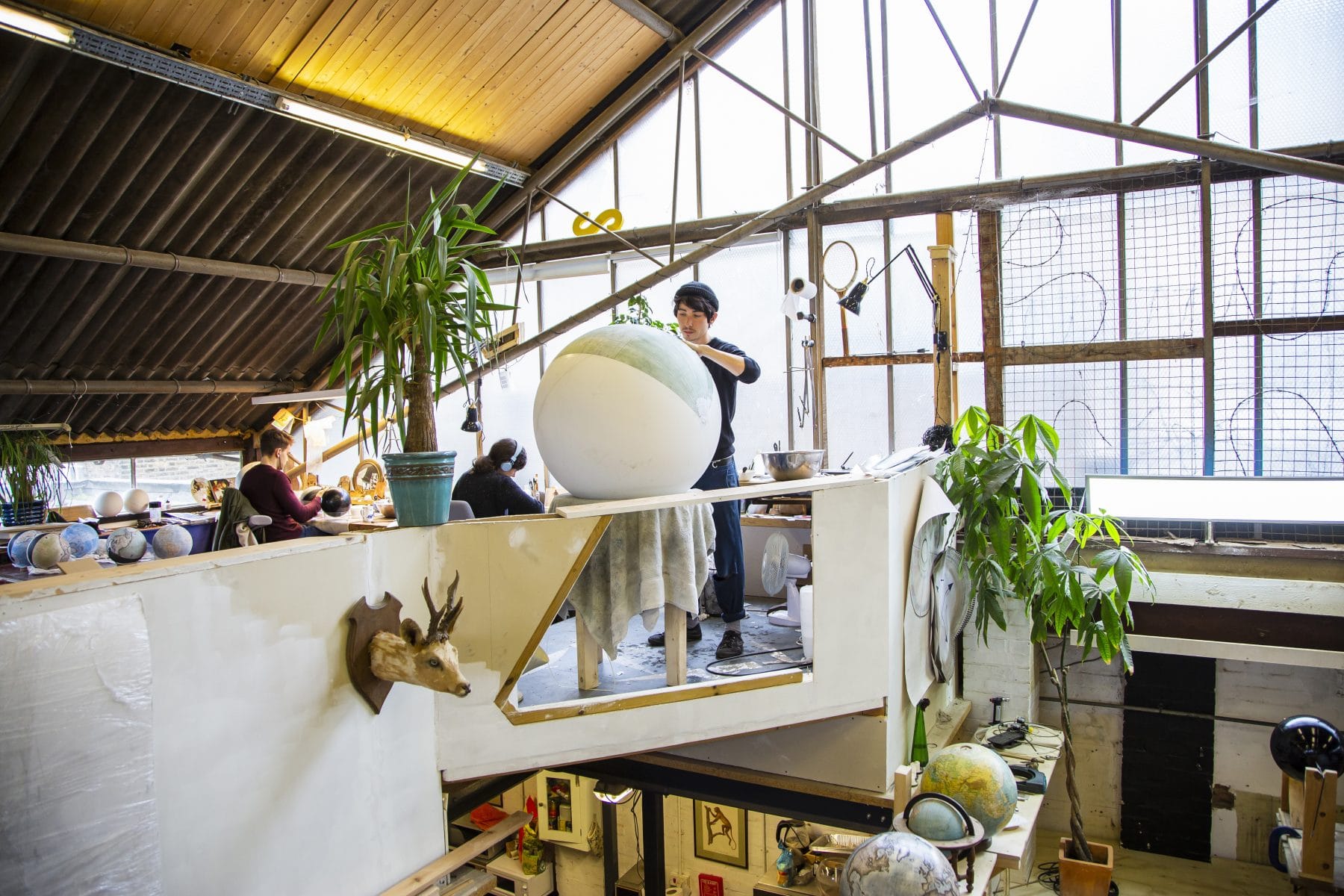 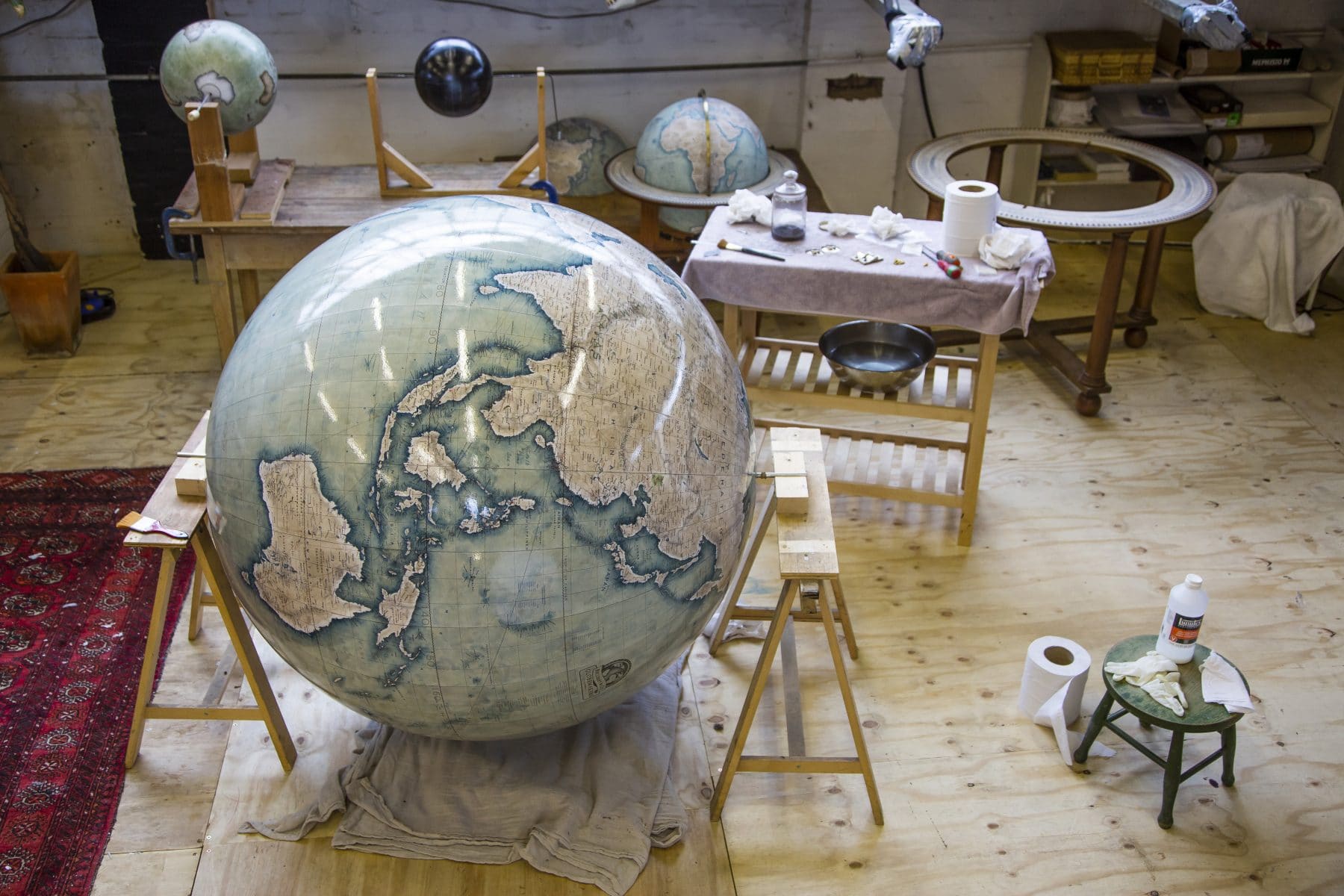 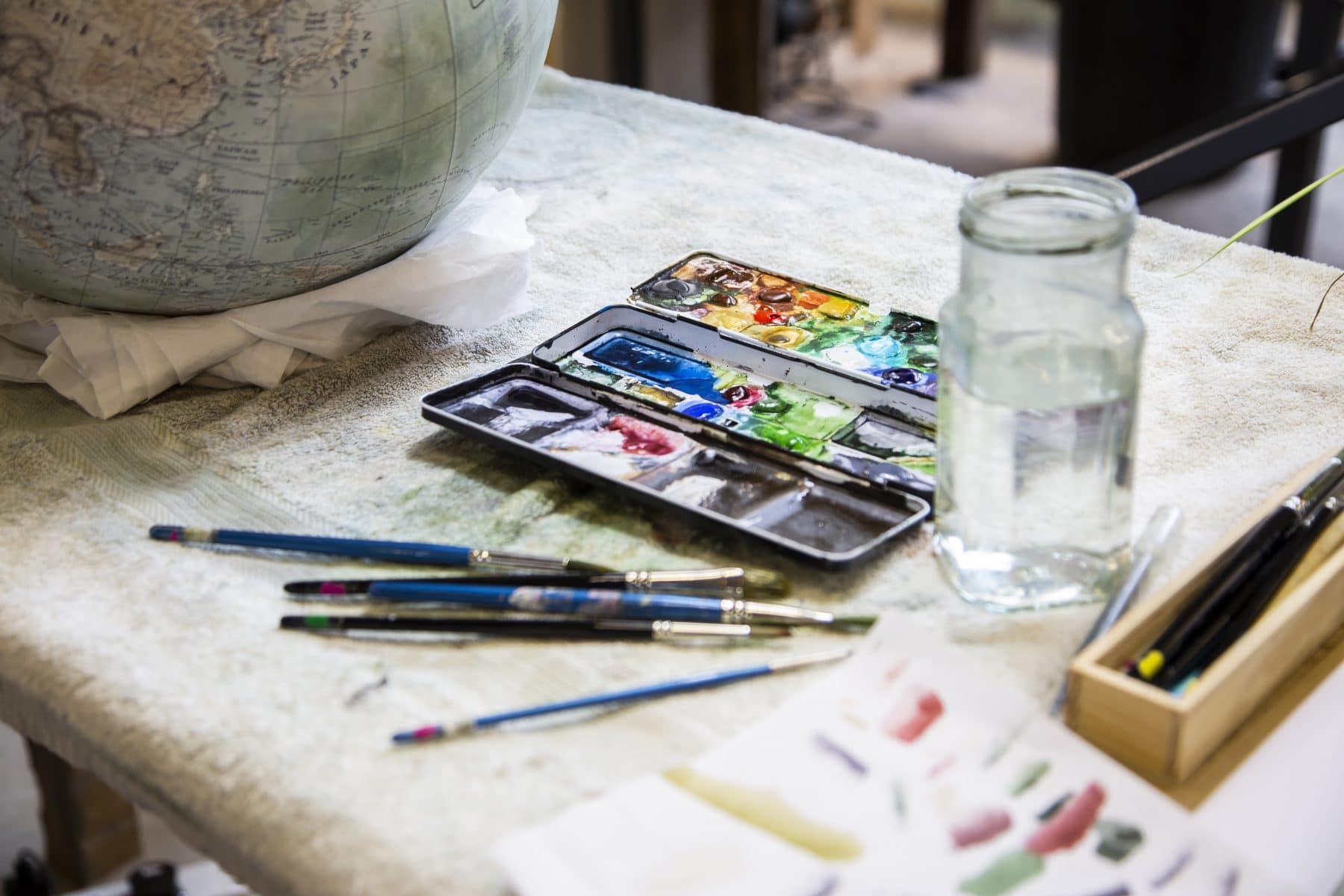 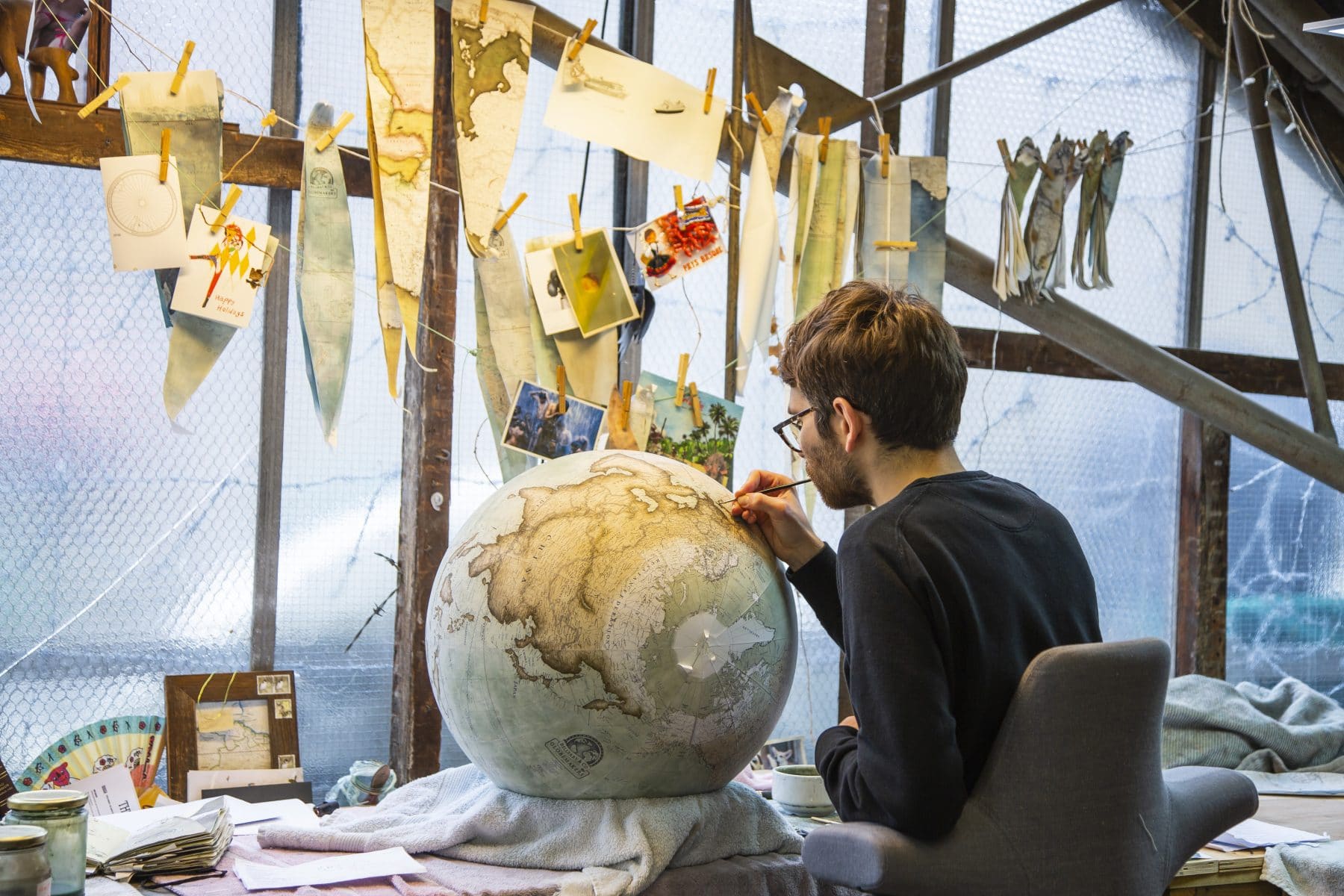 Along the way we have acted as a backdrop for various films, music videos, photoshoots and documentaries 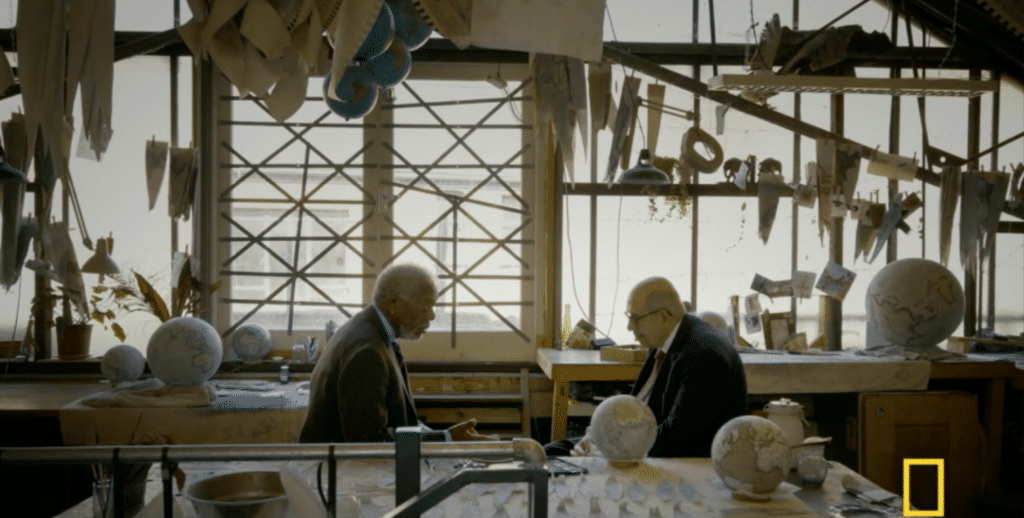 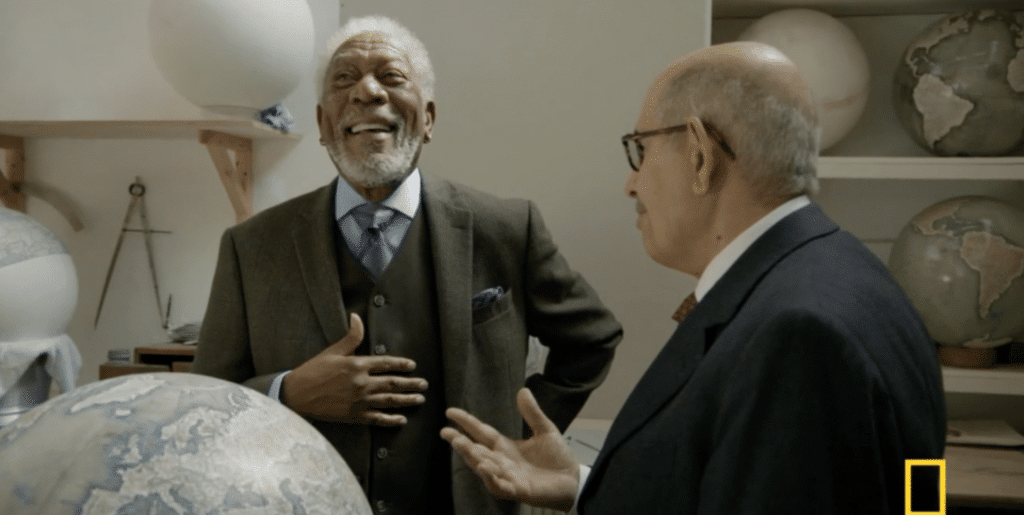 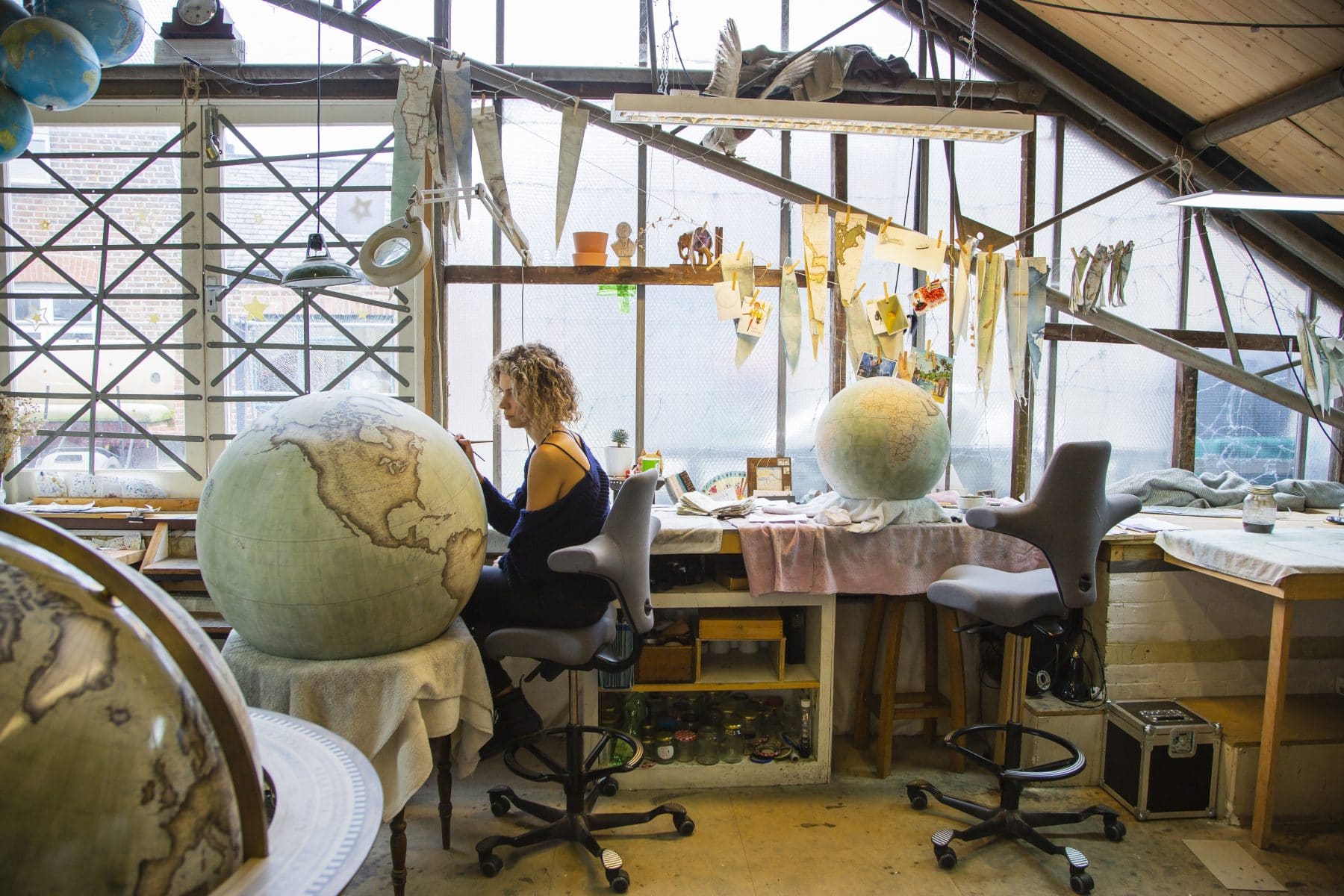 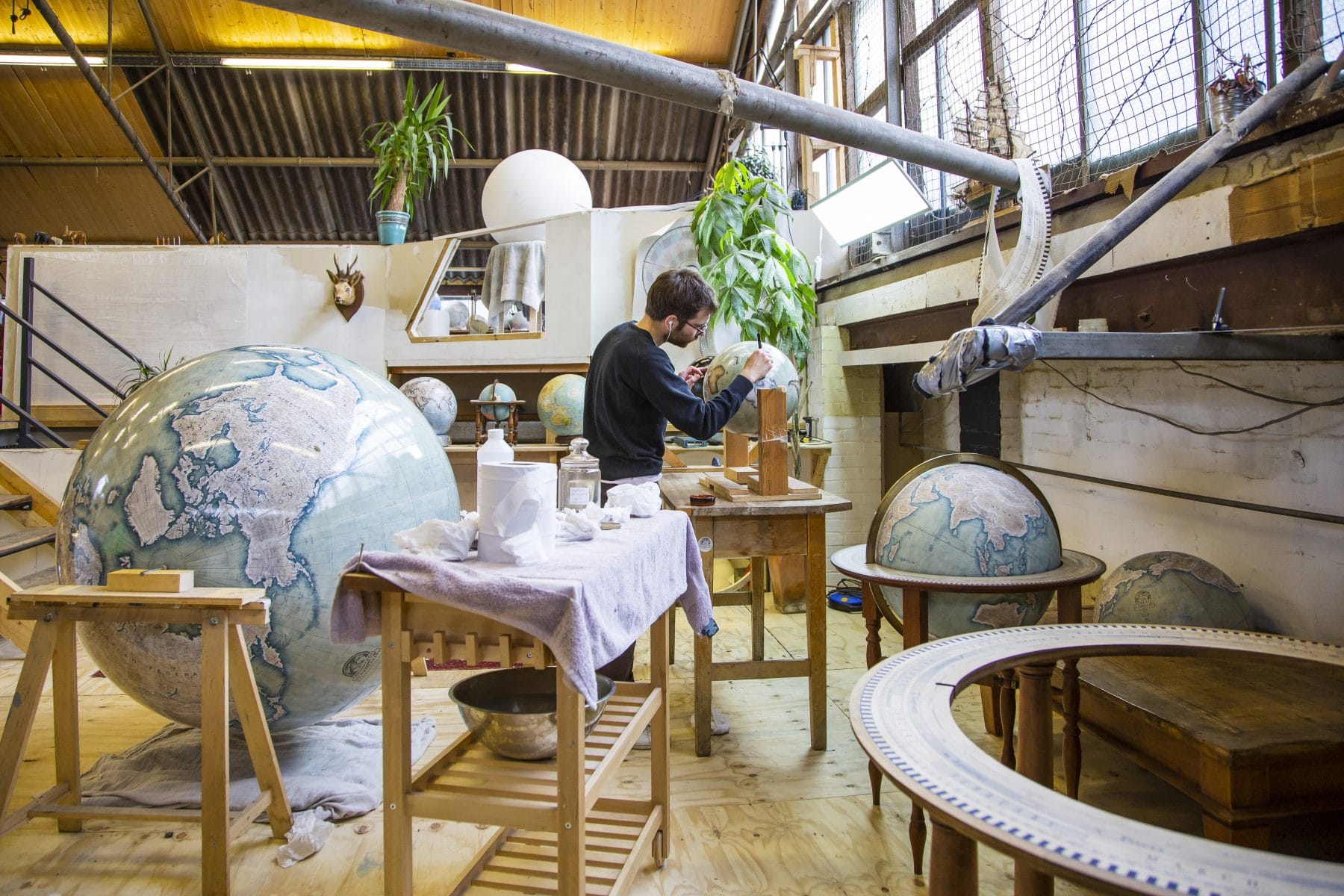 Design your own globe

We use cookies on our website to give you the most relevant experience by remembering your preferences and repeat visits. By clicking “Accept All”, you consent to the use of ALL the cookies. However, you may visit "Cookie Settings" to provide a controlled consent.
Cookie SettingsAccept All
Manage consent

This website uses cookies to improve your experience while you navigate through the website. Out of these, the cookies that are categorized as necessary are stored on your browser as they are essential for the working of basic functionalities of the website. We also use third-party cookies that help us analyze and understand how you use this website. These cookies will be stored in your browser only with your consent. You also have the option to opt-out of these cookies. But opting out of some of these cookies may affect your browsing experience.
Necessary Always Enabled
Necessary cookies are absolutely essential for the website to function properly. These cookies ensure basic functionalities and security features of the website, anonymously.
SAVE & ACCEPT
0
0
Your Cart
Your cart is emptyReturn to Shop
Continue Shopping